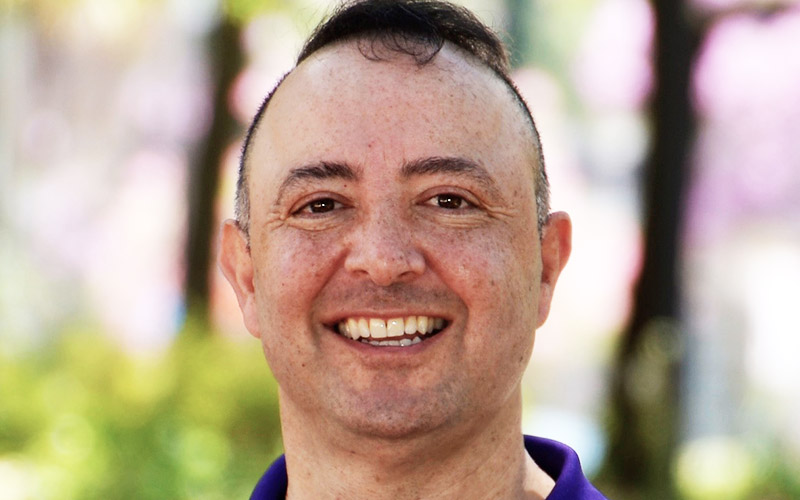 Born and raised in Providence, Rhode Island, as one of twelve children in a devout Roman Catholic family, Jim became agnostic before his conversion to Christ in 1989. Anne, Jim’s wife, a native of Baton Rouge, grew up right here at FPCBR! They met at a church in Boston while working in the financial district before being married here at First Pres in March of 1995.

As Jim didn't feel his B.S. in Accounting was sufficient theological preparation for vocational ministry, The Lord led him and Anne from Massachusetts to California for seminary! After earning his M.Div. at Bethel Seminary's west campus, Jim was recruited by a rapidly growing church that became a mega church in Connecticut, as their first Associate Pastor. Several years later, The Lord led Jim and Anne to plant New Hope Community Church for which he served as Senior Pastor for 12 years in Newtown, Connecticut. Jim was especially instrumental in the healing of the community, both locally and nationally, following the Sandy Hook Elementary School shooting massacre.

Gifted in pastoral counseling and caring for those who are grieving, Jim also enjoys officiating weddings, leading funerals, visiting the sick, preaching, teaching, as well as recruiting and equipping others to serve in their realm of giftedness, as he believes everyone is great at something.

Jim is a contributing author for several “Chicken Soup for the Soul” books and has written his own book, a devotional, entitled "The Living Water; Refreshing Your Soul," which he prays will impact many people for their well-being and Christ’s glory. He has also contributed to various published articles on pastoral care and counseling of individuals, marriages and communities. He has spoken at several men’s conferences and has led retreats on both coasts as a consultant to several churches around the nation in the realm of small groups and spiritual formation.

Jim and Anne, along with their two daughters, Amanda Mary and Ashley Douglas, moved to Baton Rouge when Jim joined the First Presbyterian staff in August of 2016. Jim says they were then "baptized by FLOOD!" He is excited to serve in the ministry of pastoral care and prayer for what he believes is one of the most wonderful church families on the planet!